Event Promotion for a Benefit & Concert

Setting the stage for an evening of music and charity.

Every year, Textron Aviation throws a fundraiser for the Boys & Girls Clubs of South Central Kansas, which helps children achieve their potential through summer and after-school programs. The 2016 benefit raised $1.4 million. We designed an invitation that helped fuel anticipation for this exclusive night.

The “Great Futures Benefit & Concert” featured a performance by Keith Urban, but his wasn’t the only big name associated with the event. Auction prizes included outings with Harrison Ford and Charles Koch. There were also round-trip vacation packages with VIP passes to the Country Music Awards, NASCAR and the Masters.

Given the “wow” factor of the evening’s entertainment and auction items, a paper-and-ink invitation would not suffice. This one had to be a showstopper.

The invitation was packaged like a 45-rpm record. Tucked inside the album sleeve, a vinyl disc with a sticker label displayed event details. The sleeve also contained a booklet insert, which provided descriptions of the items up for auction. It doubled as a bid card too. Custom typography gave headlines the same kind of edgy, rock-and-roll flavor that Keith Urban brings to his music.

The record-style theme transformed the invitation into a memento that guests would likely keep long after the event. 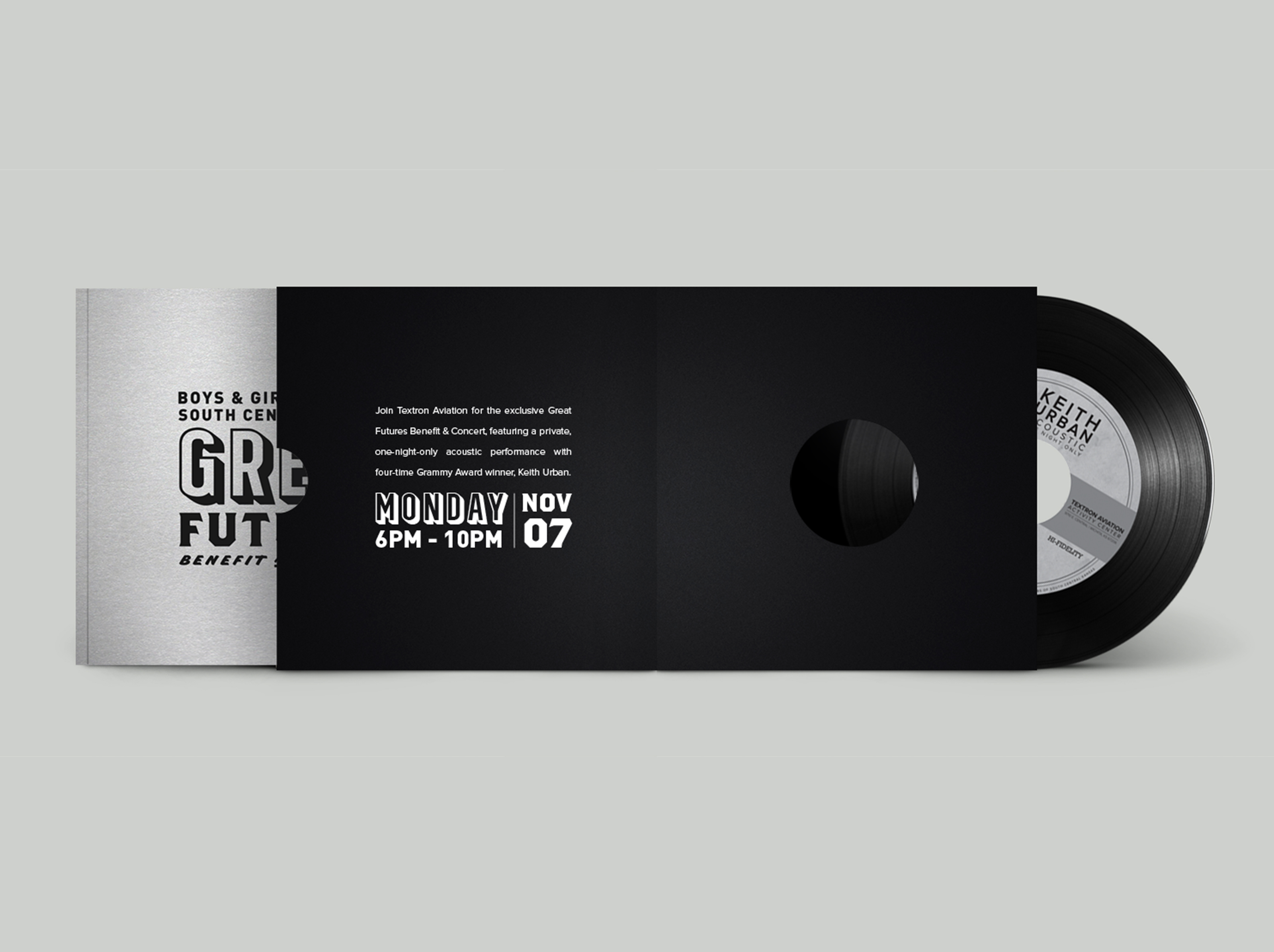 Certain aspects of the design spoke to the type of industries filling sponsorship roles — namely, manufacturers. Concrete grays and metallic silvers added an industrial touch to the color palette. The paper was selected for its thick stock and surface sheen, which conveyed the prestige of world-class companies such as Textron Aviation, Koch Industries and Honeywell.

When elements like these come together, designs become works of art. And invitations do more than announce. They sing. 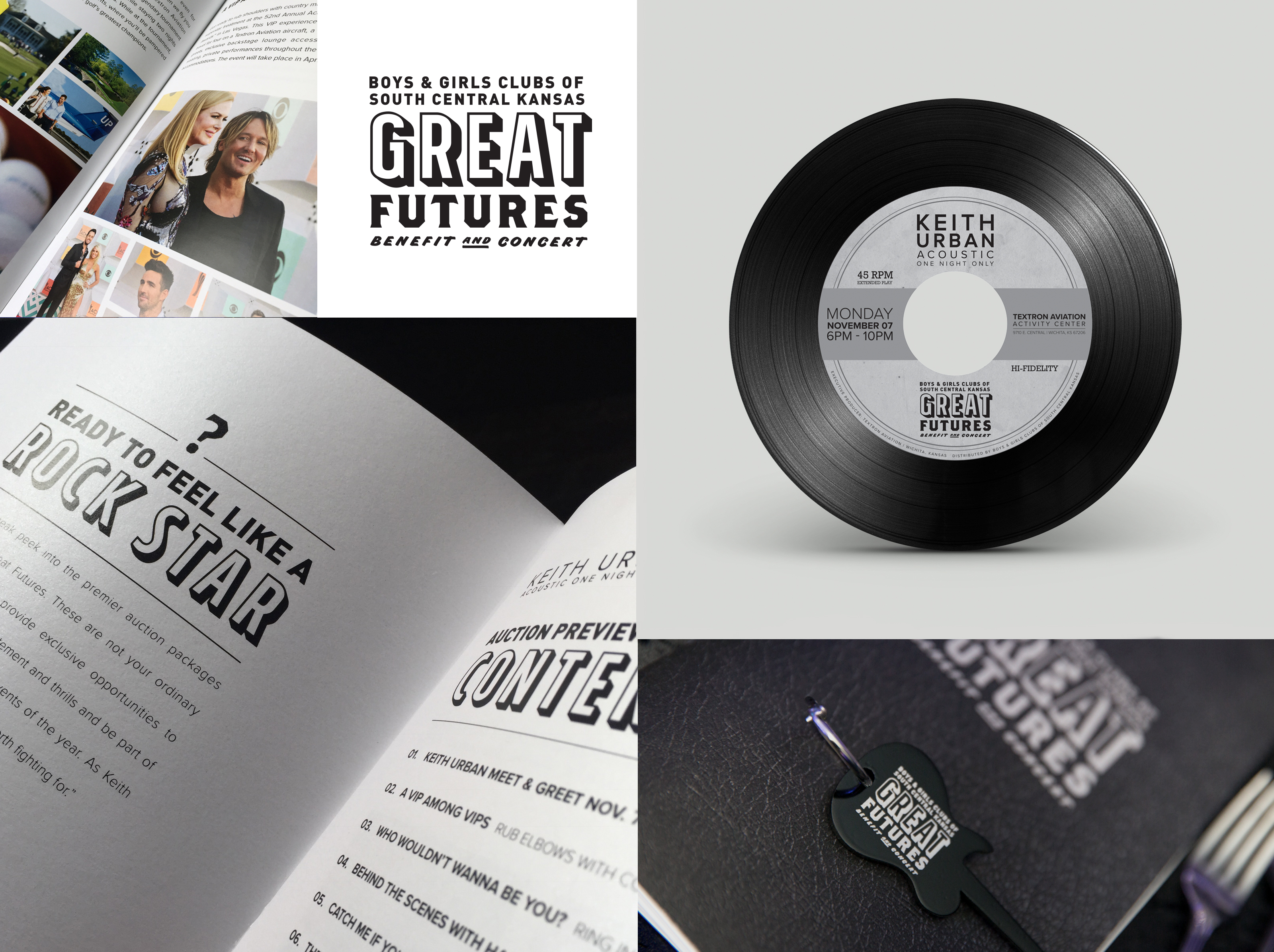 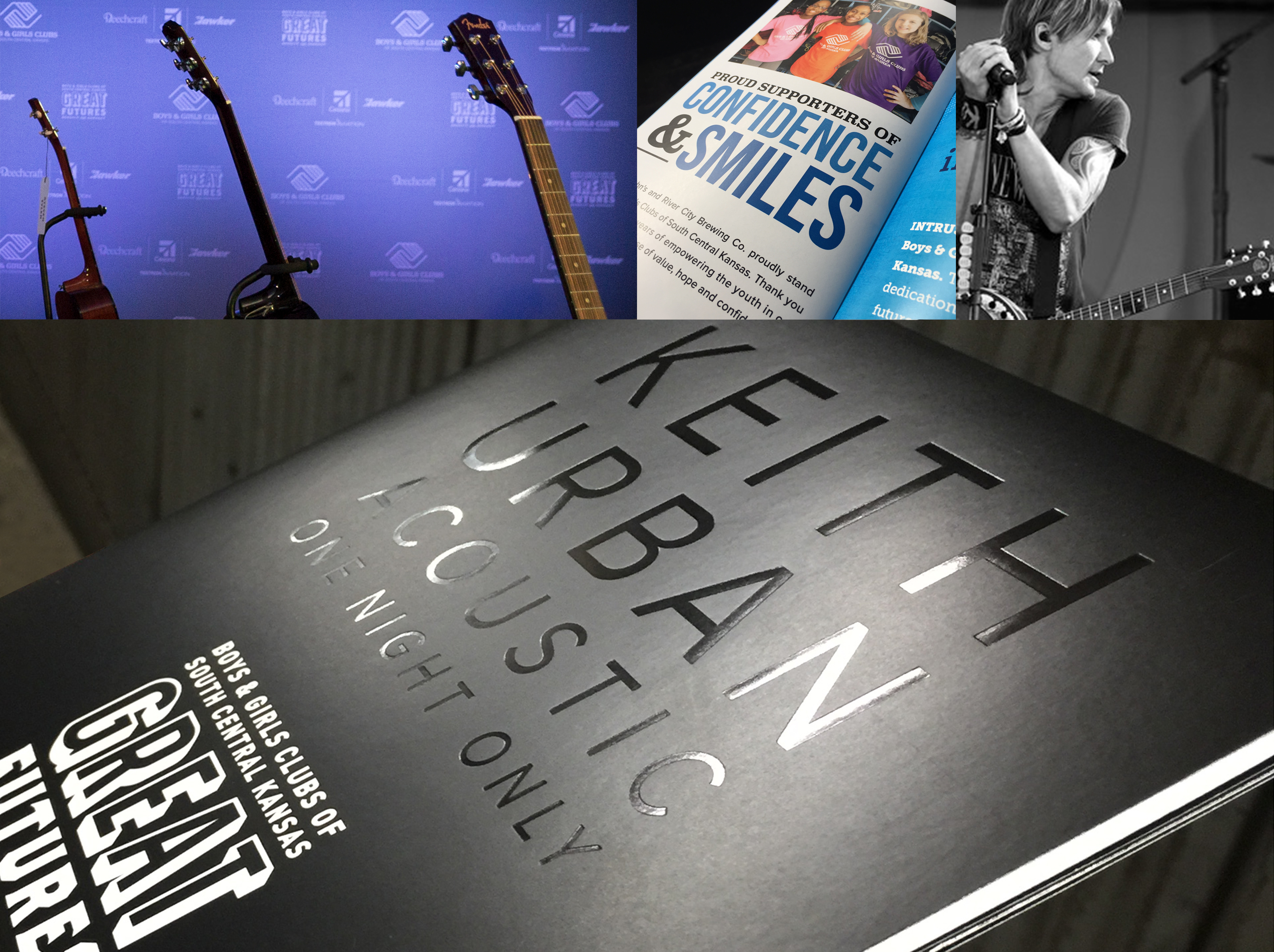