Bringing the Darkness to Light

Opened in 2007, Strataca did well as a museum, but business plateaued. After extensive market research, they came to us in need of rebranding and identity overhaul. The attraction offers a dynamic subterranean experience, unmatched anywhere in the United States, but was marketed as a small town museum.

Covering all the layers.

As a one-of-a-kind experience, Strataca deserved a one-of-a-kind identity. Formally known only as the ‘Kansas Underground Salt Museum,’ the nonprofit was in dire need of rebranding to transform them from educational museum experience to bold attraction. After brainstorming dozens of potential identifiers, a name finally stuck that properly captured the client’s essence — Strataca. “Strata” referring to the earth’s layers.

Previously marketed from above ground, Strataca’s actuality and portrayal were in conflict. Aesthetically, the new logo places the viewer underground, by mimicking the chiseled, gritty and iridescent traits of the salt mine. The logo’s orange accents imitate rare amber salt found in the mines, while the blue hue complements the orange and suggests the legacy of the museum’s origins. All identity work, including letterhead, business cards, media kit and brochure, referenced the logo design, following the same color palette and gritty aesthetic. The brochure and media kit pieces both opened vertically to simulate the depth of the shaft. 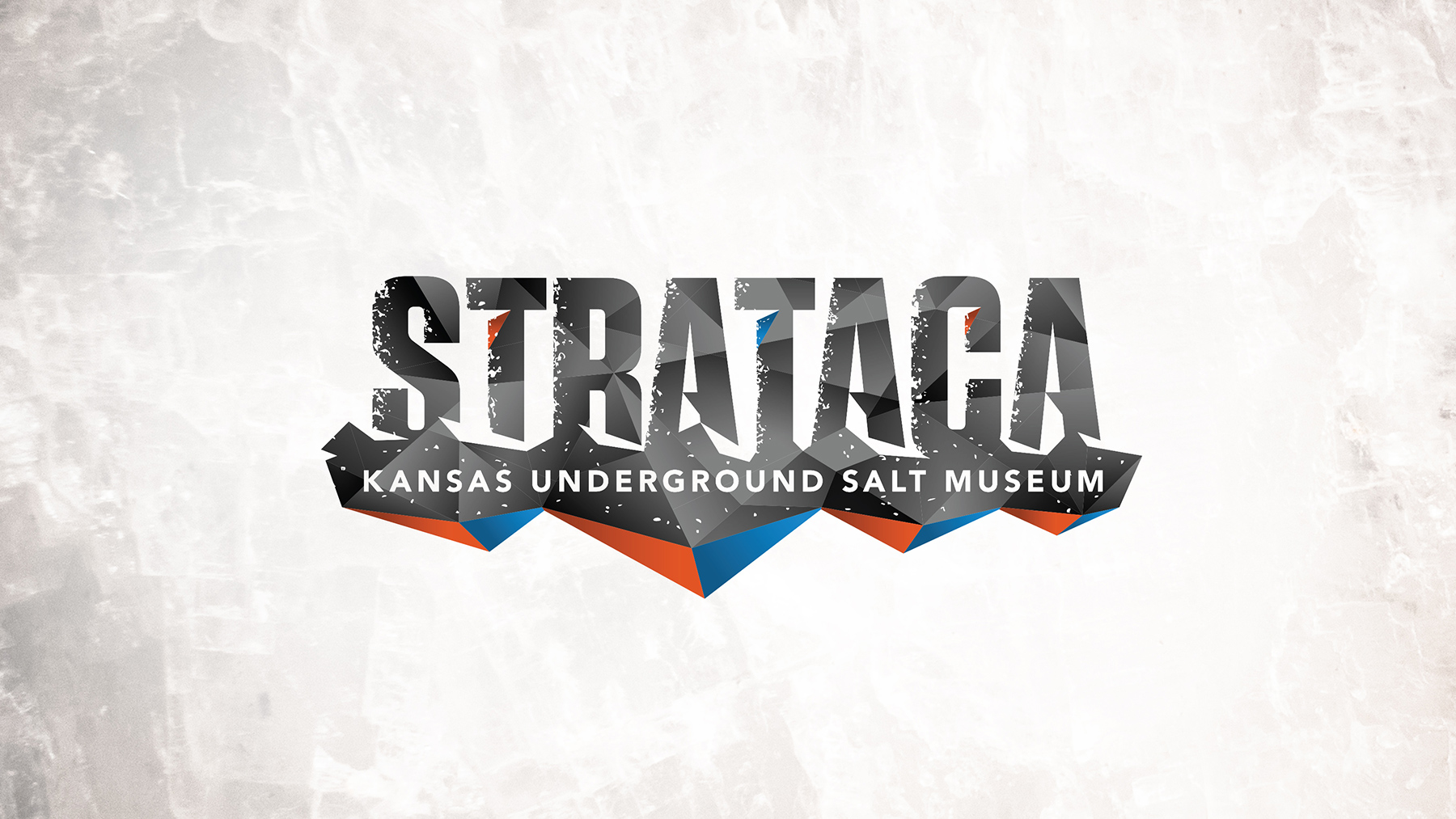 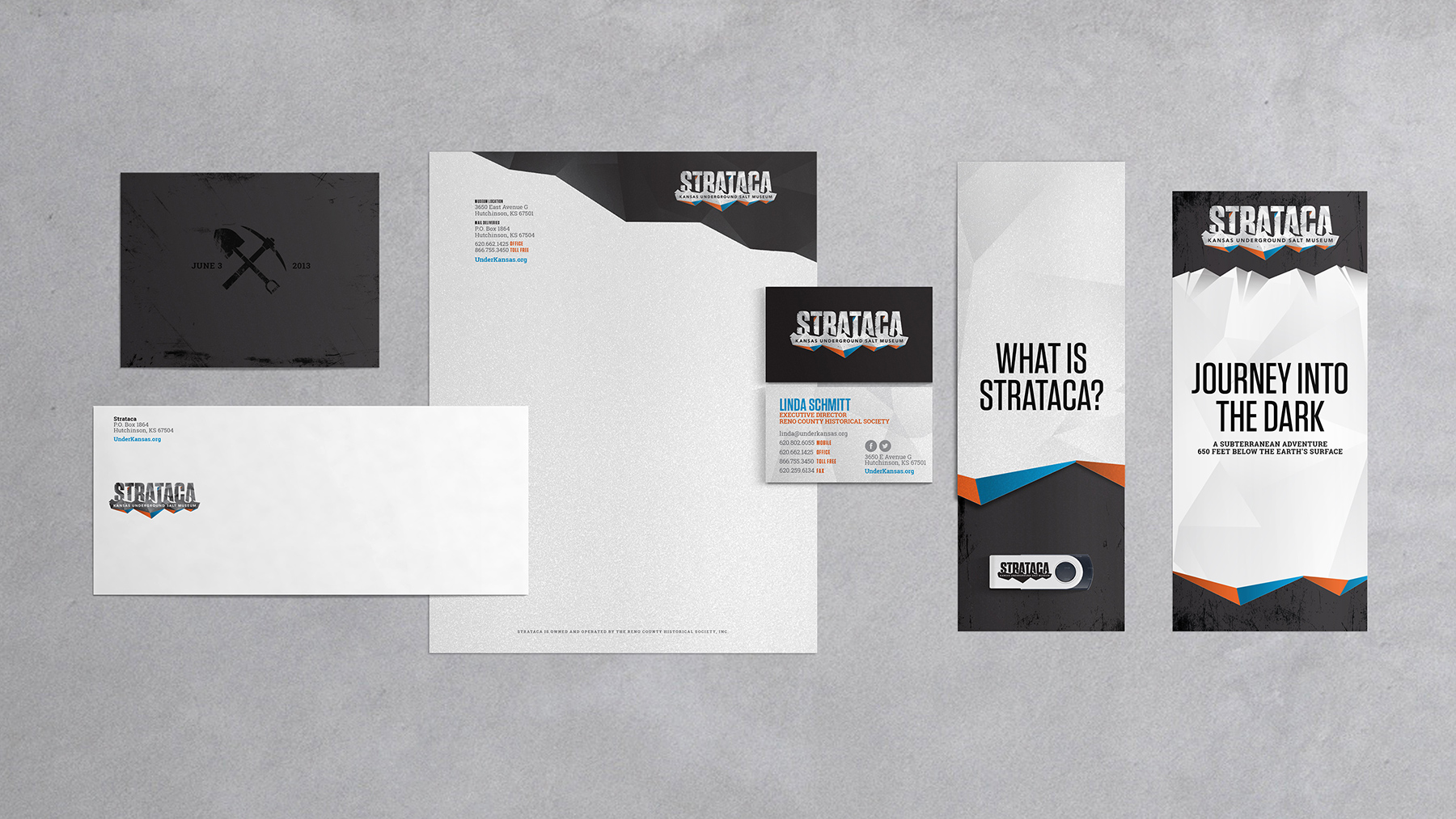 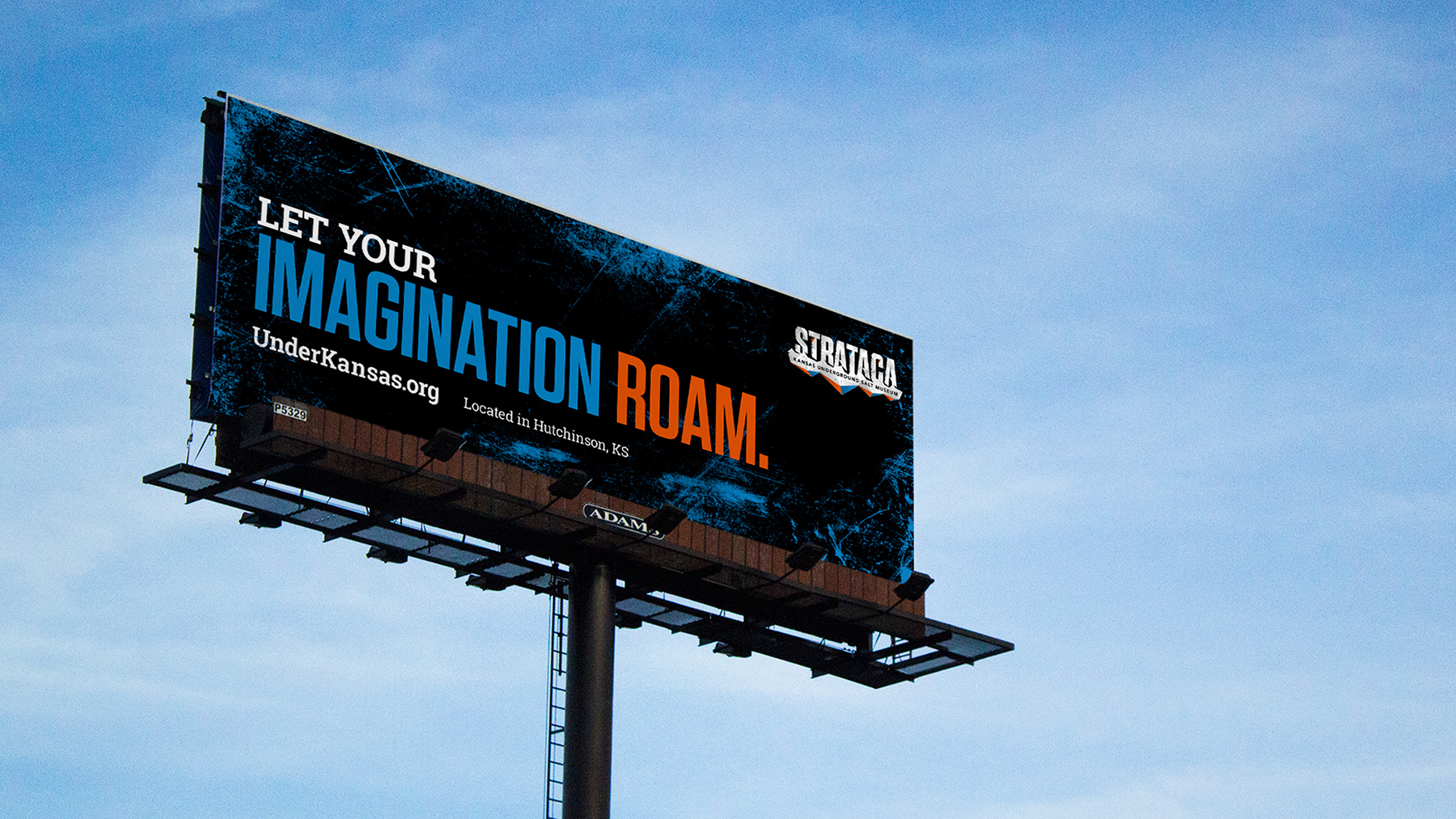 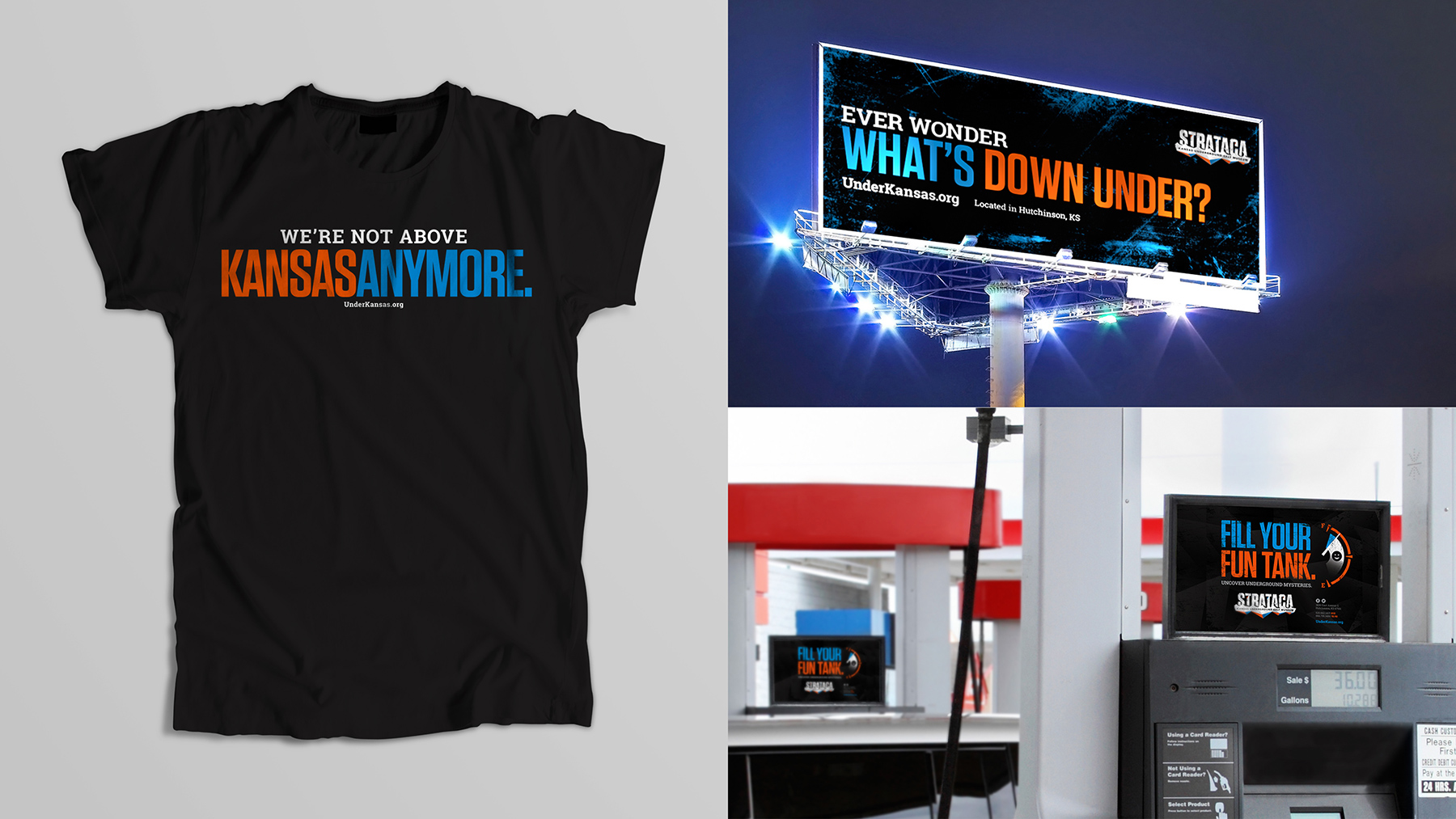 The overhaul of a digital destination.

In crafting a new, responsive website, we aimed for functionality, brand consistency and easy content management for the client. With the addition of restrictions, calendar events and attraction information, the site allows for effortless browsing and optimum user experience. 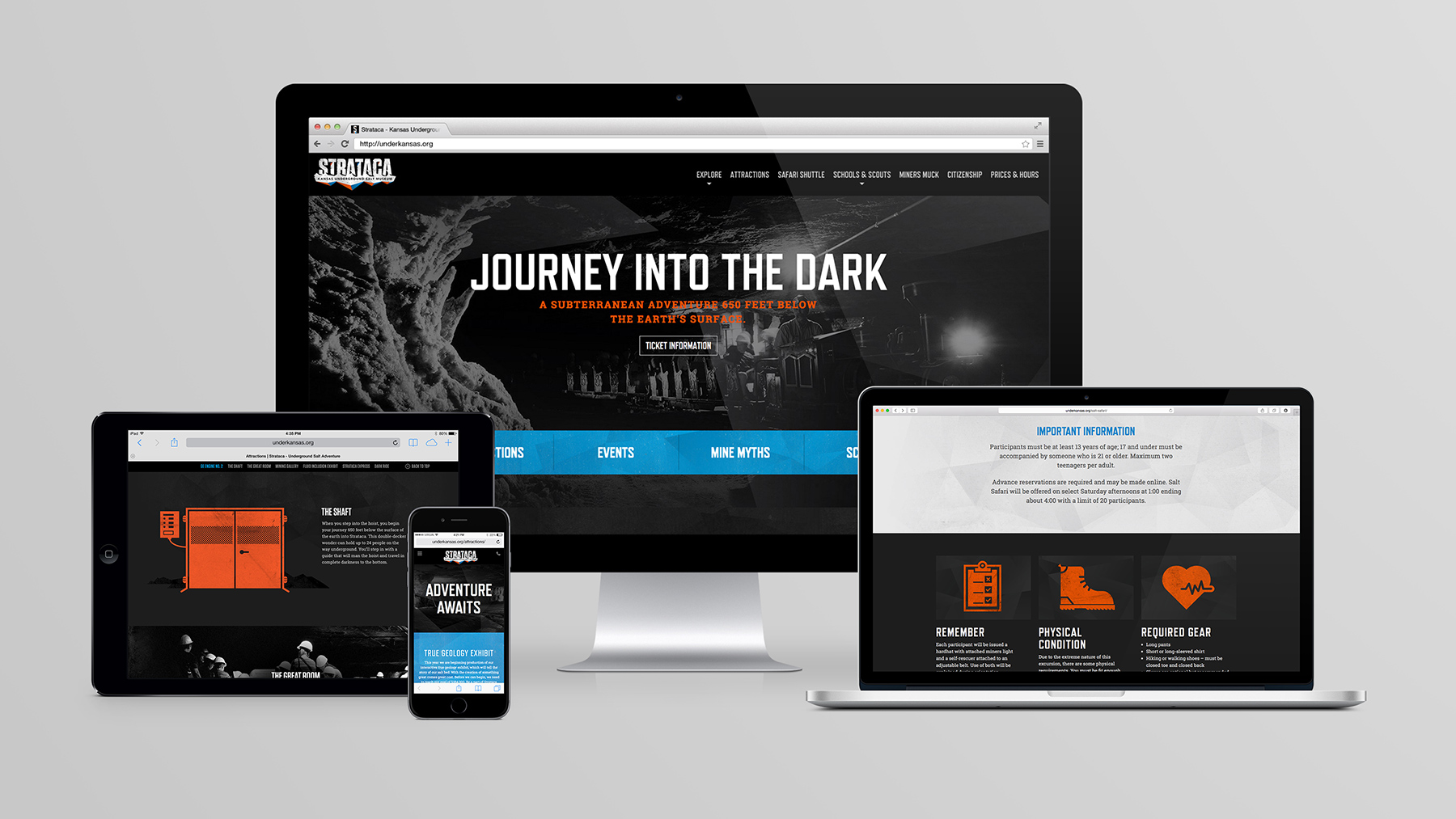 Playing up the attraction.

Now that the heavy lifting had been done, it was time to share the rebrand with the world. Striking advertisements were distributed in places both expected and unexpected. It was important to use bold, fun headlines to both tease the reader and properly portray the underground tour as the thrill it is. Whether it was shopping cart plaques at local grocery stores, gas station pump toppers, or something more standard, like billboards off the most frequented highways or print ads in visitors guides, Strataca could be found anywhere a potential parent or tourist might be lurking. 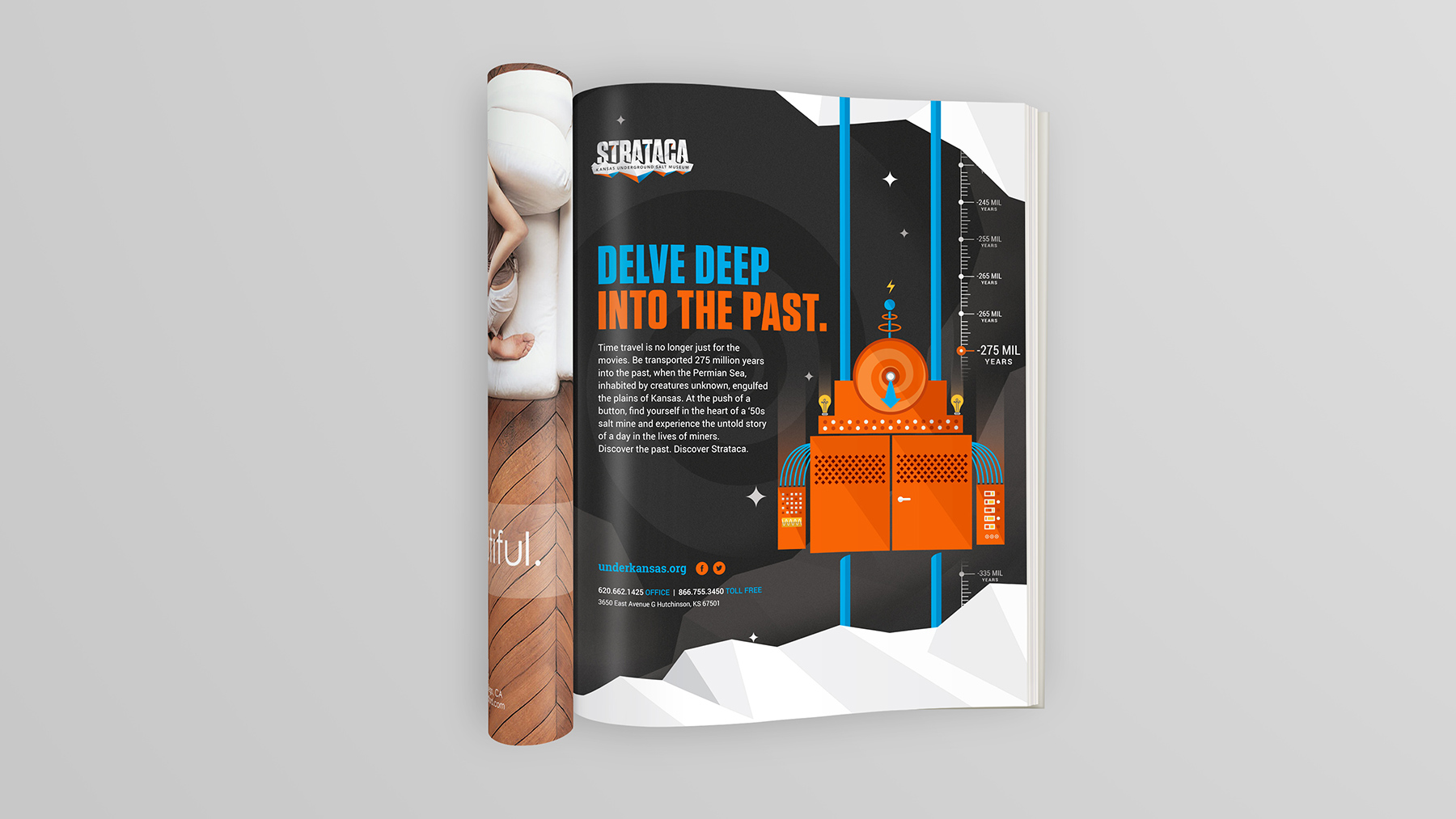